Please enter your username or email address. You will receive a link to create a new password via email.

What Are Endangered Species? 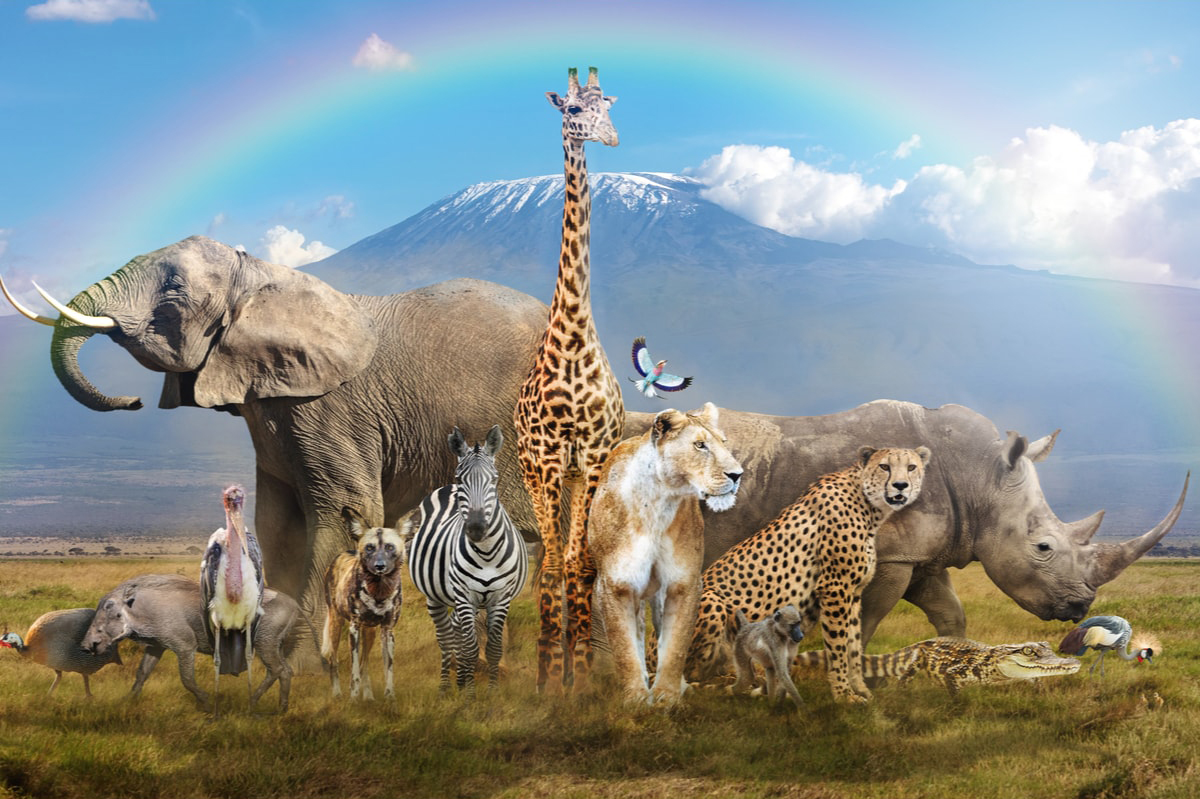 Did you know that there are thousands of animal species that are at risk of becoming extinct? In fact, there are currently over 41,000 species on the IUCN Red List of endangered species. This includes everything from unique and fascinating creatures like the giant panda to more common animals like the bald eagle.

But what does it mean for a species to be classified as “endangered?” And why should we care? Let’s take a closer look at what makes a species become endangered and some of the endangered species in South Africa.

There are many reasons why some species become endangered. Some of the main causes include:

Habitat loss is a major threat to many animals and plants. When natural habitats are destroyed or altered, it can leave species without the resources they need to survive. This can happen because of things like deforestation, urban development, and agriculture.

Pollution can also lead to habitat loss. For example, when waterways are polluted, it can destroy the homes of fish and other aquatic creatures.

Pollution is another major threat to endangered species. It can come from chemicals, noise, light, and heat pollution. All of these can disrupt the ecosystems that animals and plants depend on. Chemicals can poison species or make their habitat uninhabitable.

Noise pollution can disturb animals and make it difficult for them to communicate or find food. Light pollution can confuse animals’ natural behaviour patterns, causing them to become disoriented or stranded. Heat pollution can cause problems like respiratory distress and overheating.

Over-hunting is one of the leading causes of endangered species. When a species is over-hunted, more individuals are being killed than can be replaced by births. This can happen for various reasons, but the most common cause is humans hunting for food or trophies.

As the population of a species decreases, it becomes harder for individuals to find mates and the genetic diversity of the species declines. This makes the species more vulnerable to disease and extinction. In addition, overhunting can disturb the natural balance of an ecosystem, leading to a further decline in biodiversity.

This refers to the hunting or harvesting of animals beyond sustainable levels. In some cases, this occurs because people are trying to meet the demand for illegal wildlife products. In other cases, it may be due to poverty or lack of food options. Whatever the reason, over-exploitation can quickly lead to a decline in population size.

It’s no secret that the world’s climate is changing. As the average temperature rises, we are seeing more extreme weather conditions, from droughts to hurricanes. And while this may be disruptive for humans, it can be absolutely devastating for wildlife. Many animals rely on a specific set of conditions in order to survive.

For example, some fish need cool water in order to thrive, while others require a certain level of humidity. As the climate changes, these conditions become less and less common, putting entire species at risk of extinction.

In addition, climatic change can cause habitat loss as well. As temperatures rise and sea levels rise, animals are forced to move into smaller and smaller areas, until eventually, they have nowhere left to go. As a result of these factors, climatic change is one of the biggest threats to endangered species today.

Some Endangered Species In South Africa

South Africa is home to a number of endangered species due to habitat loss, human-wildlife conflict, and illegal wildlife trade. While there are a number of initiatives in place to protect these animals, more needs to be done to ensure their survival.

The cheetah is another endangered animal in South Africa. According to NationalGeographic, less than 8,000 African cheetahs exist today, and the population continues to decline. Cheetahs are threatened by habitat loss, illegal wildlife trade, and human-wildlife conflict.

Conservation efforts must focus on protecting and restoring cheetah habitats and reducing conflict between humans and cheetahs.

The African wild dog is one of the most endangered animals in South Africa. Only around 6,600 individuals remain in the wild, making it one of the rarest mammals on earth.

The white rhino is one of the endangered species in South Africa. The primary threat to the white rhino is poaching. Hundreds of rhinos are killed yearly for their horns, which are used in traditional Asian medicine.

In addition to poaching, the white rhino is also threatened by habitat loss and disease. However, conservation efforts are underway to help protect the white rhino and other endangered species in South Africa.

For example, Welgevonden Game Reserve is a3 5,000-hectare reserve with the world’s biggest collection of the endangered white rhino on private land. The reserve is also home to other animals, including Cape Buffalo, African Lion, and African Leopard.

However, the population is still under threat from poaching and habitat loss. To ensure the survival of the black rhino, it is important to continue to provide protection and support for this endangered species.

If you’re looking for a unique and eye-opening wildlife experience, be sure to visit Welgevonden Game Reserve and book accommodation at Mhondoro Safari Lodge and Villa. You will have opportunities to learn more about white rhino conservation and help promote these amazing animals’ survival.

With your help, we can ensure that future generations will have the chance to see these incredible creatures in their natural habitat.

How Safe Is A Night Safari?

For adventure seekers, South Africa is always on top of the bucket list. This country combines...

How Safe Is A Night Safari?

Are you planning a safari to South Africa and contemplating whether to opt for a night safari or...

Discover Why You Should Visit South Africa For A vacation

This website uses cookies so that we can provide you with the best user experience possible. Cookie information is stored in your browser and performs functions such as recognising you when you return to our website and helping our team to understand which sections of the website you find most interesting and useful.

Strictly Necessary Cookie should be enabled at all times so that we can save your preferences for cookie settings.

If you disable this cookie, we will not be able to save your preferences. This means that every time you visit this website you will need to enable or disable cookies again.